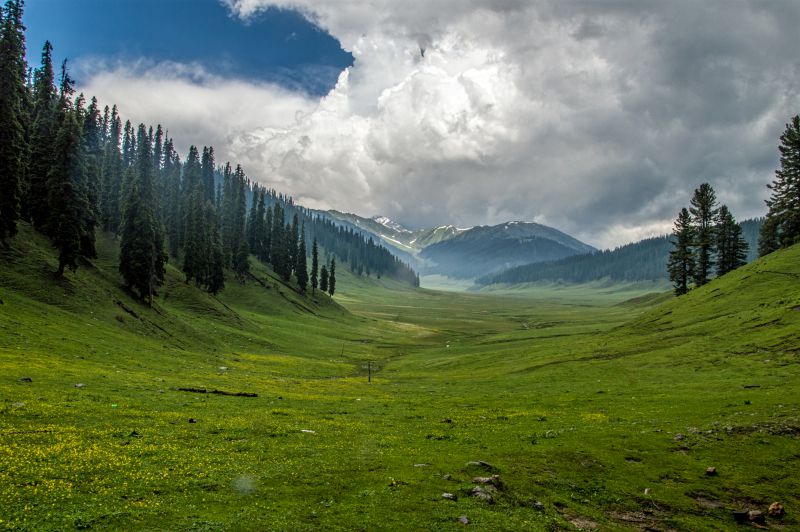 The picturesque Lolab Valley is situated in the northern district of Kupwara, Kashmir. Besides, being studded with fir and pines all around, this beautiful and naturally adorned valley houses welcoming and hospitable natives. Situated away from the hustle bustle of the city, this barely crowded valley is an ideal resort for any kind of tourist who is looking forward for an ultimate experience amid lofty mountains, through which passes a stream of white water sourced straight out of the glacier. The arrangement of wooden houses surrounded by lush green rice fields and the view to kill looks nothing less than a painting. Thus, making Lolab as one of the most serene places to visit in Kashmir. 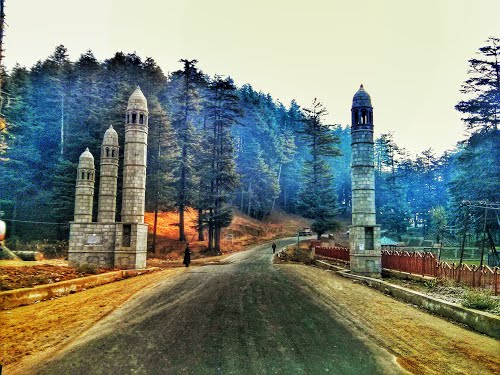 On our arrival to the valley, we were transferred to the tourist bungalow managed by Jammu and Kashmir Tourism in the village named as Reshwari or Nowgam. We checked in there and walked towards our rooms to freshen up a bit before starting to explore locally. As I drew the curtains from the window of my room, I witnessed the most spectacular view of my life, gathered only with beauty. At a stone throw distance from our place of living was a white water stream running through the rice fields, where I saw a bunch of kids taking a dip.  In a while, evening tea(Kahwa) was served in the lawn area accompanied by some moist local bread, which tasted even more delectable because of the surrounding area. After, having a cup of tea, we decided to go on a small walk amongst the woods. As we walk for little more, I could see the number of apple trees covered all over with red Kashmiri apples. It was already 7 in the evening when we started to walk back as Reshwari is a hilly area covered with forest, so we were advised to be back on time. On reaching back, we were arrested by the aroma of mouthwatering rogan josh and naan, prepared in traditional style to end the day. 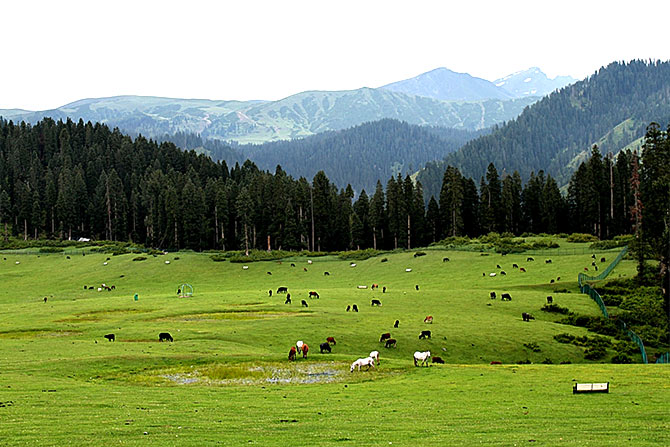 The next day, we got up early to catch a glimpse of mountain sun still surrounded by a haze of clouds, the chirping birds, brightly green paddy fields and a view of water stream were worth waking up so early in the chilly morning. After grabbing hot scrumptious breakfast with fresh fruits, we were power packed to gear up for the day. Exploring Lobab Valley closely was scheduled for the day. The entire valley was covered with sprawling rice fields that looked majestic! Several women carrying firewoods were seen on our way, making many trips for collecting it as most of their household chores are dependent on it. We walked up to them to chit chat a bit and to have a deeper idea about the place, initially, they were a little hesitant to see us approaching but as we started to interact, they soon became pally with us. How simple and peaceful life can be, was what we learned out of them and then bid them goodbye after having a small photo session with them.

After covering a small distance, we reached a small town known as Chandigham, that accommodates a tourist bungalow run by Jammu and Kashmir tourism department. We halted there for a lunch break, where we grabbed a full meal consisting of rice, dal and chapati. After strolling there for a bit, we headed forward towards Kalaroos village into the core of the valley. The village is an extremely remote area that is mostly cut out from the outside world, people are residing happily here without caring much about the happening of the materialistic lifestyle. We mingled around with a group of people there, who were keen enough to know about us. We asked them about a place called Satbern, they walked us happily to the place as our guides and telling us about their native place with full pride. We didn’t come to know when we reached Satbern, the entire guided tour made us lost track of time! Satbern is a place of mystery, it comprises of a rocky structure with seven doors leading nowhere.

After spending some time there, we moved ahead to Kalaroos caves. The dark caves are situated at a steep height since it was our first cave visit, we were filled with the most exhilarating experience one could have. These caves are yet to be explored by the archaeologists and interestingly, they extend till Russia according to the local folklore. The view from the hilltop was extremely mesmerising that it made me wonder how can wide paddy fields look so hypnotising and bright. We clicked some shots over there to preserve these pleasing memories for the rest of our lives!

After taking a small walk we reached the final destination of our trip, Khumriyal village. The arrangements were made for us in a huge bungalow there, again falling under the tourism department of Jammu and Kashmir. The evening sky turned pink as I watched the best sunset of my life amidst the mighty Himalayas. Khumriyal is a small village, where the chances of seeing visitors are very rare. Plenty of local people gathered there to meet and spend some time with us, talking about their lifestyle and regular routine as we sipped locally made special tea that tasted salty but a good way to revive from within. Yet again, we didn’t come to know how time passed by and dinner was served on the table with some local sweets. We relished the complete meal and headed to the inside lawn area for some bonfire and local specialities, where the staff of the place along with some local kids were well prepared to sing a local song as a gesture of their hospitality, the symphony was as sweet as their talks and the place they reside in. Nearly around 10 at night I surrendered myself to sleep with a bag full of memories which I can cherish for the remaining life.

The last day of my trip was in front of me, the morning was warm and fresh that I didn’t want to leave. But, as they say, all good things come to an end, so was my trip; but in my mind, I knew that it’s the place where I would again want to be!